Parks and public space are critical to the health and resilience of individuals and communities. Waterfront public spaces are of special significance, as the primary interface many city dwellers have with the water and the coast. However, as coastal cities face climate change and sea level rise, many parks and public spaces risk being lost or severely altered from frequent flooding and shoreline fortification. As cities densify to house rapidly rising populations, pressures on these shrinking public spaces increase substantially.

How can we proactively reimagine waterfront public spaces as a system to embrace the future, while enhancing habitat, adaptability, and access to the water?

This project examines the effects of sea level rise on False Creek, an inlet at the increasingly-dense urban heart of Vancouver characterized by its continuous perimeter of public space. The subsequent design proposal envisions a future for False Creek through the investigation of two key sites along its shores, towards creating a resilient system of public spaces that celebrates Vancouver’s new and ever-changing shoreline and facilitates a healthier relationship with the water.
‍
This project was done in collaboration with Katrina Ross-Ghali. 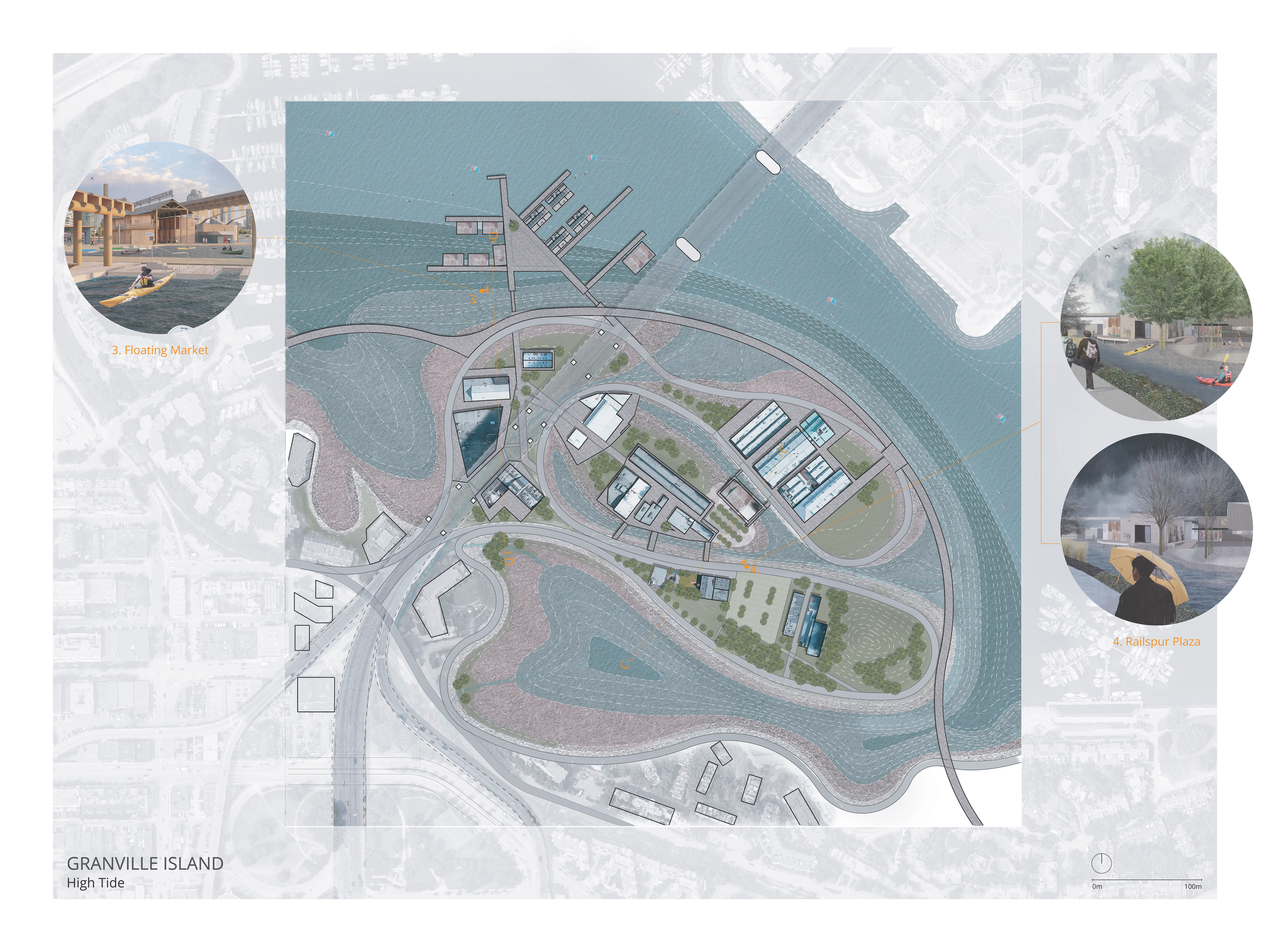 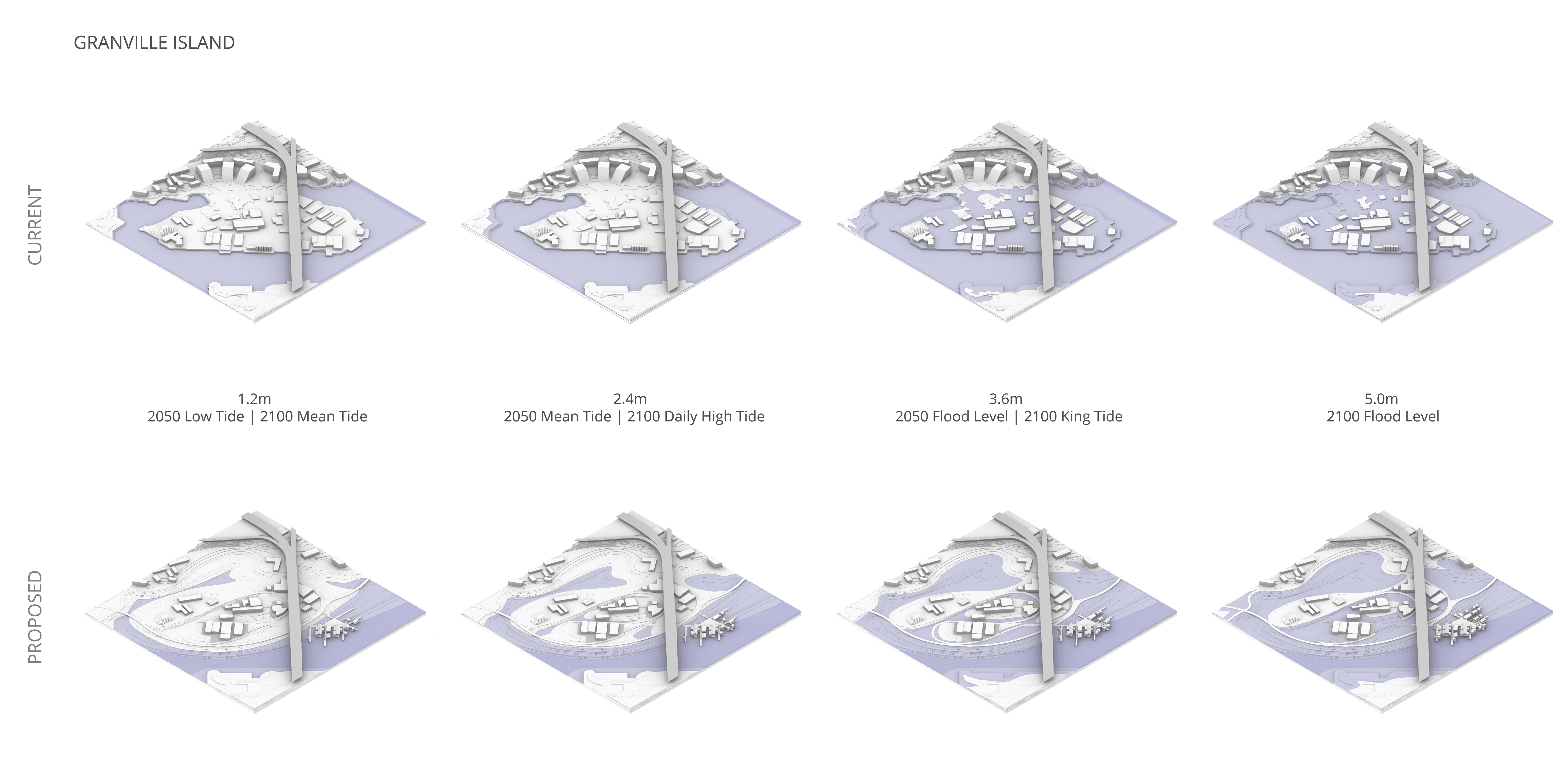 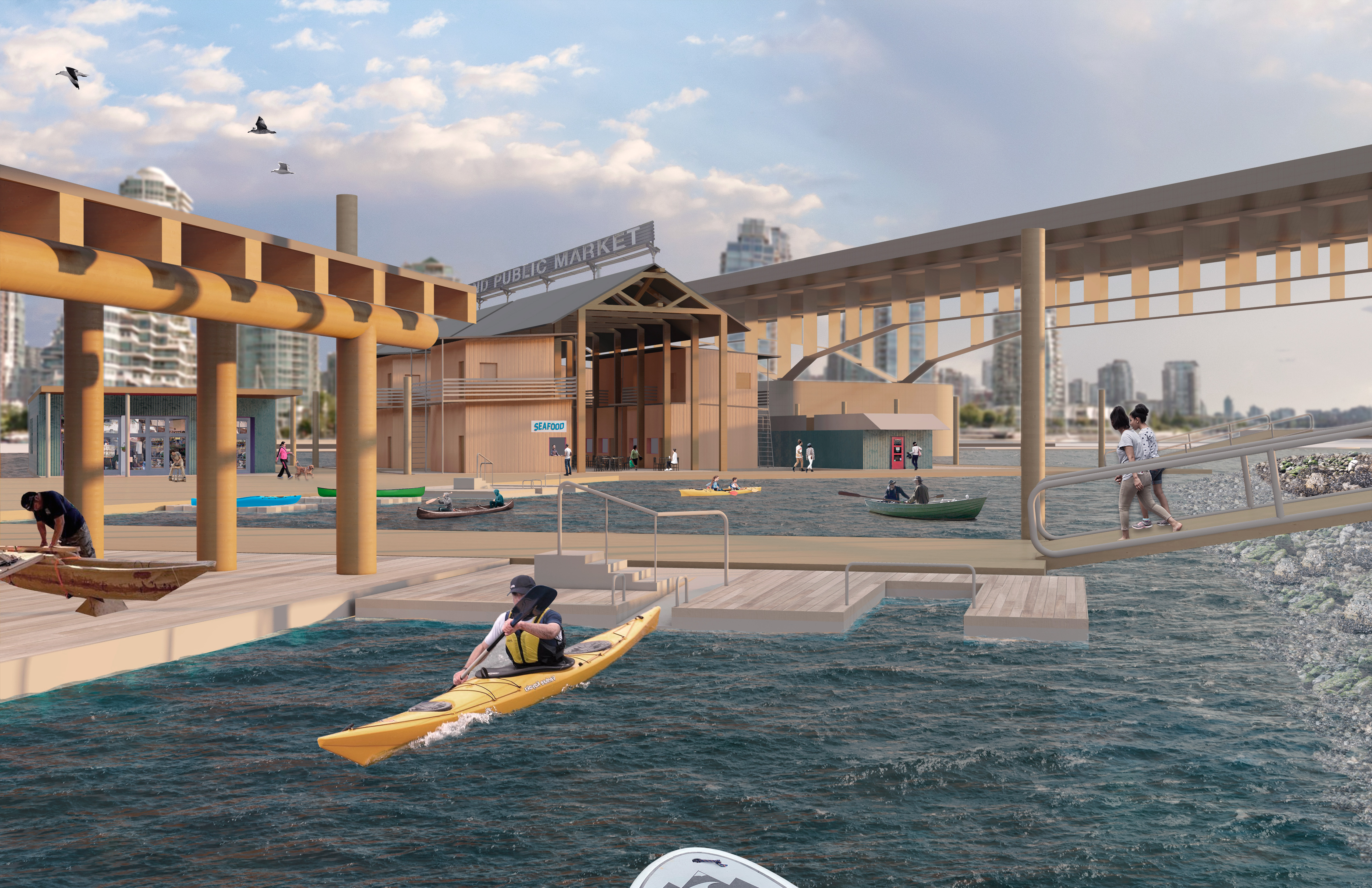 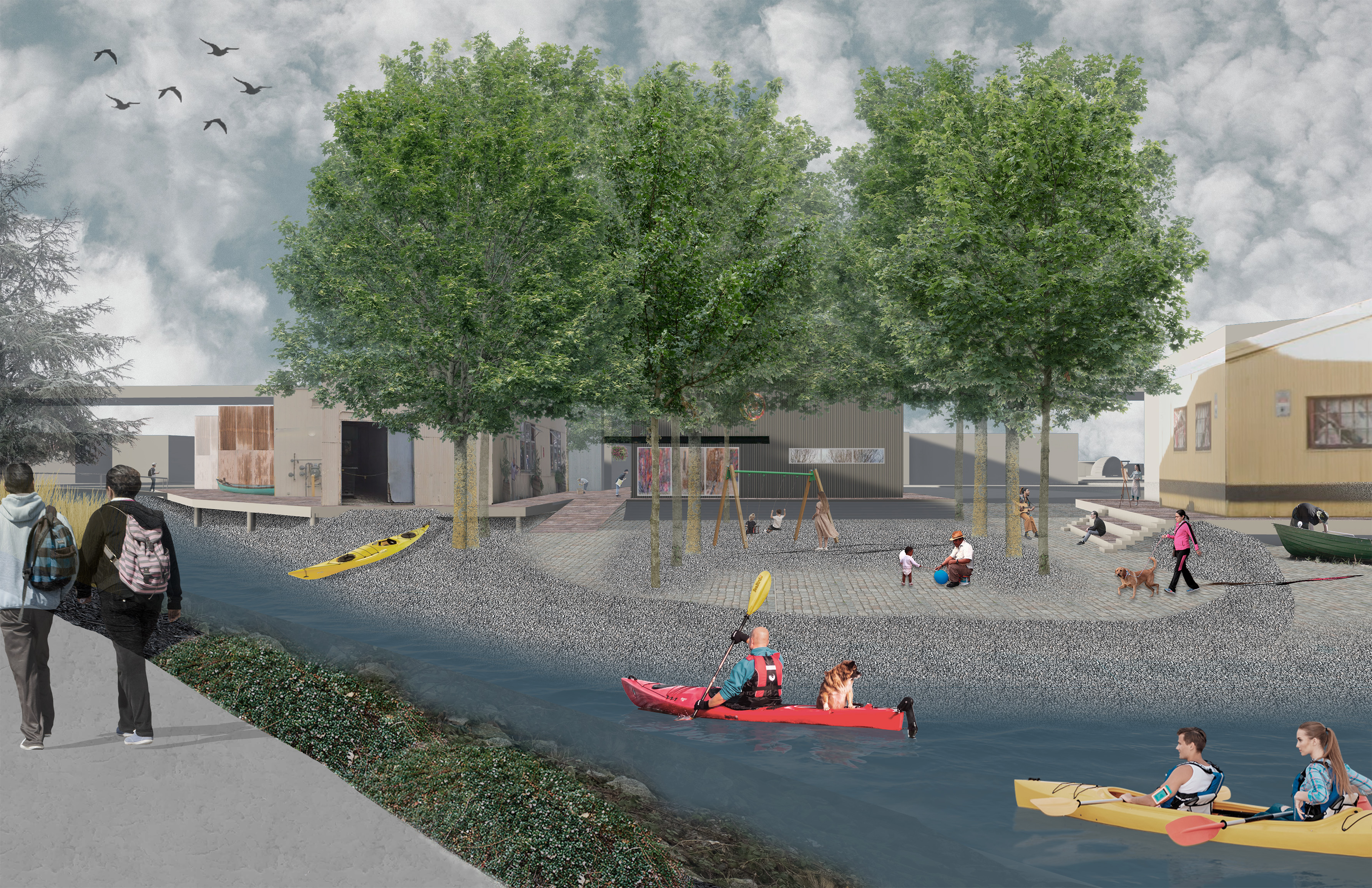 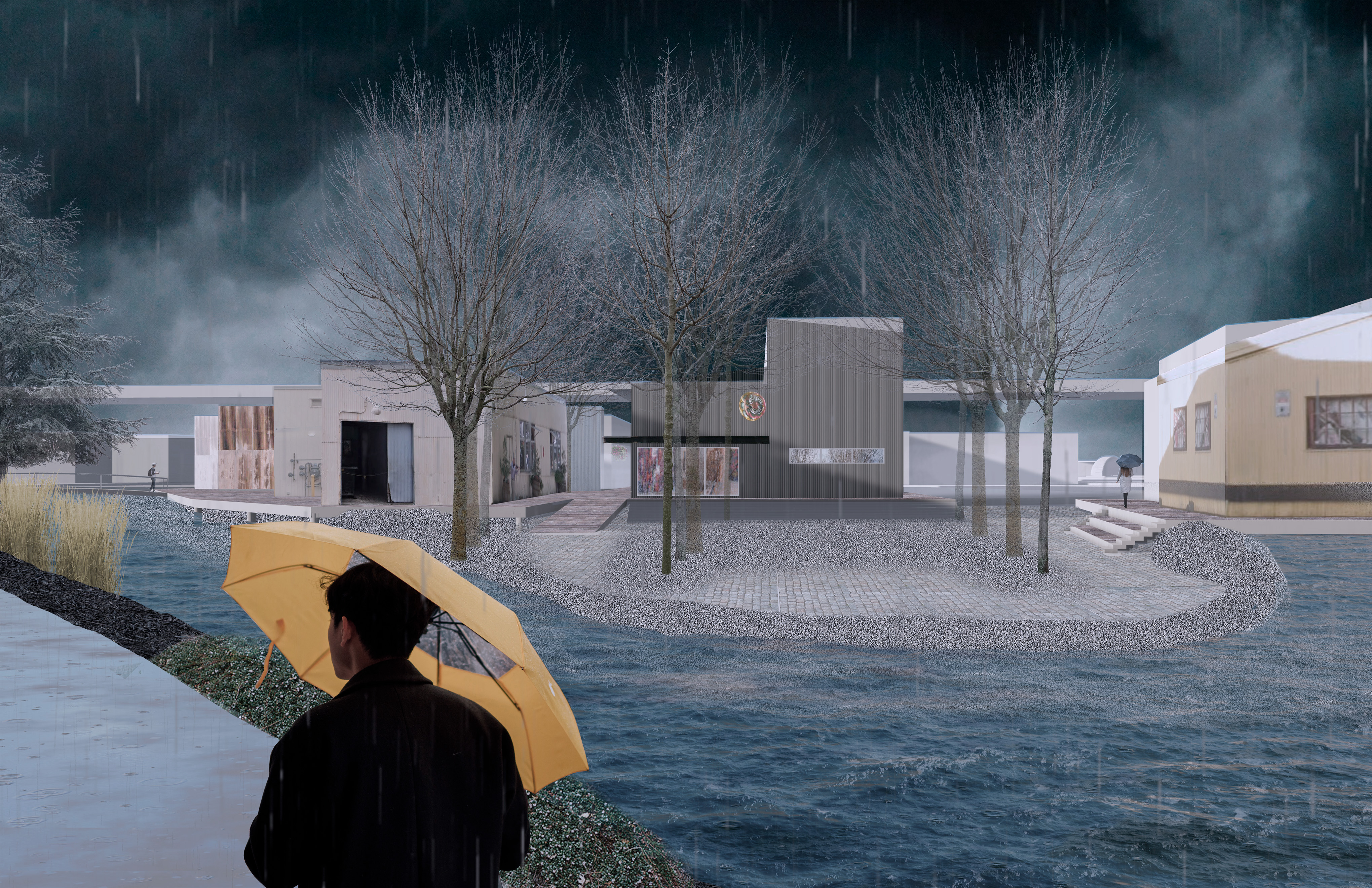