The Great Acceleration, biodiversity loss, and animal welfare are topics that alarm the repositioning of humans and nonhumans in the future. What if, in a post-human future, animals become the dominant species on Earth when humans are extinct? How could they utilize the architectural space humans leave behind. This thesis will dismantle the dominant role of humans, analyze natural and architectural space from the perspective of different animals, and imagine the transformation of built environments when animals moved in and occupied them. I picked Lasserre Building as the examined object in the representation. To no surprise, it is a rectangular form; the straight lines and right angles follow the conventions of modern architecture. However, these mundane elements are perceived differently by nonhuman species - for instance, dragonflies and birds see straight lines as distorted curves, and rectangular columns as trapezoids; coyotes and canines only see color patches because of their blurry and short-sight vision.

With this brand new understanding of the human-made environment, through detailed perspective analysis, the project moves on to visualizing animals interpretations in an aging building while civilization faded out, moreover, discover what is modernism looks in Animals’ perception. 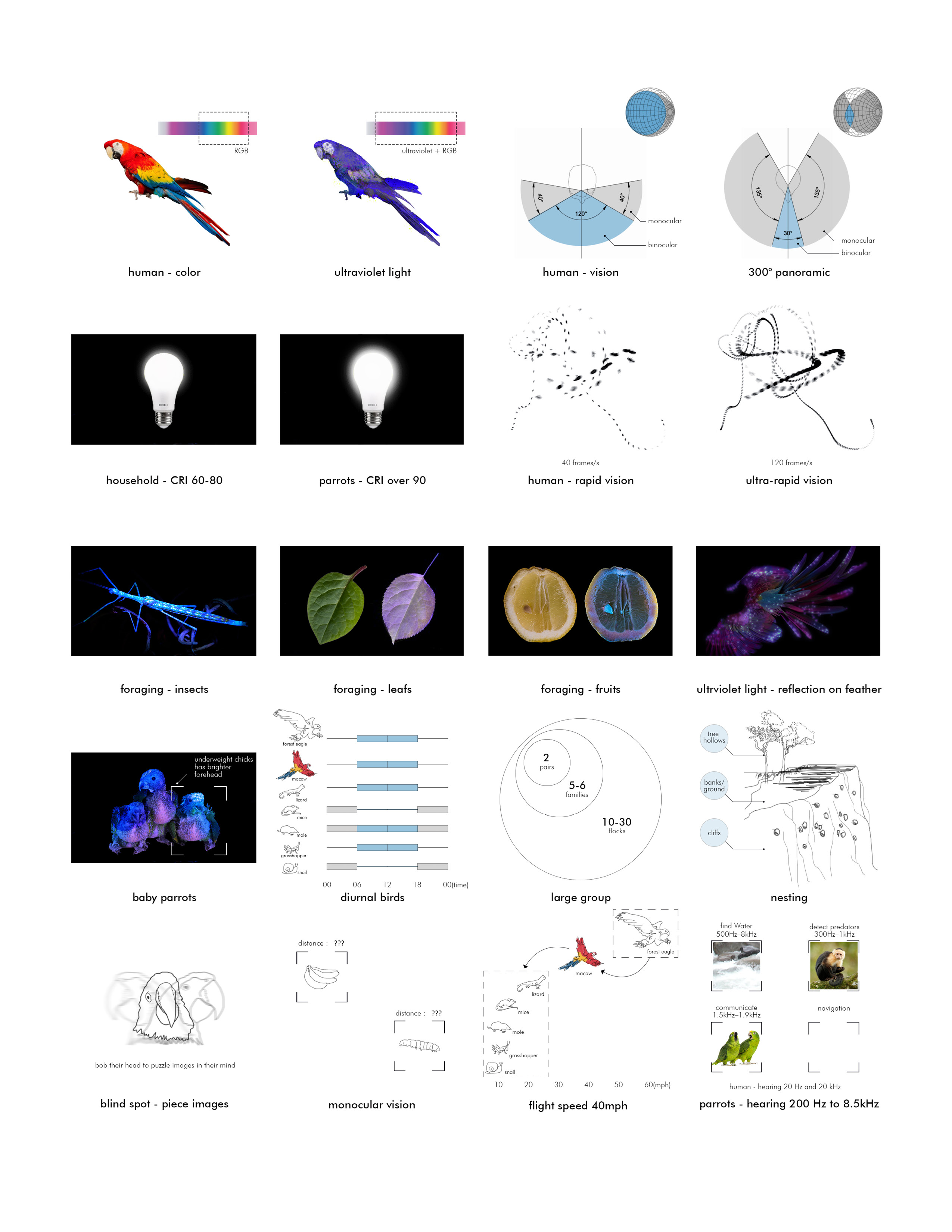