Cities can become more livable, inclusionary, and participatory using tactical urbanism, which are extra small, agile, low-cost interventions of architecture in borrowed public space that allows for its immediate reclamation, redesign, and reprogramming. They can be replicated, implemented, scaled up, and impact the built environment from the cracks and crevasses of the city.

With the influx of wealth and land scarcity, lower-income neighborhoods are faced with rapid gentrification. Basic amenities that were once accessible as people occupy housing (or used them as a paid local service) become increasingly scarce as a gradient of marginalized and under-homed community members are displaced. The Borrowed City Project proposes a decentralized network of easily constructable, scalable and modular micro-amenity stations set within borrowed urban spaces. The singular stations units themselves can mechanically expand and contract. They can also tessellate with other units to fulfill irregular public space on t community scale. This allows for temporal and spatial flexibility in underutilized urban spaces and those which sit vacant anticipating development. 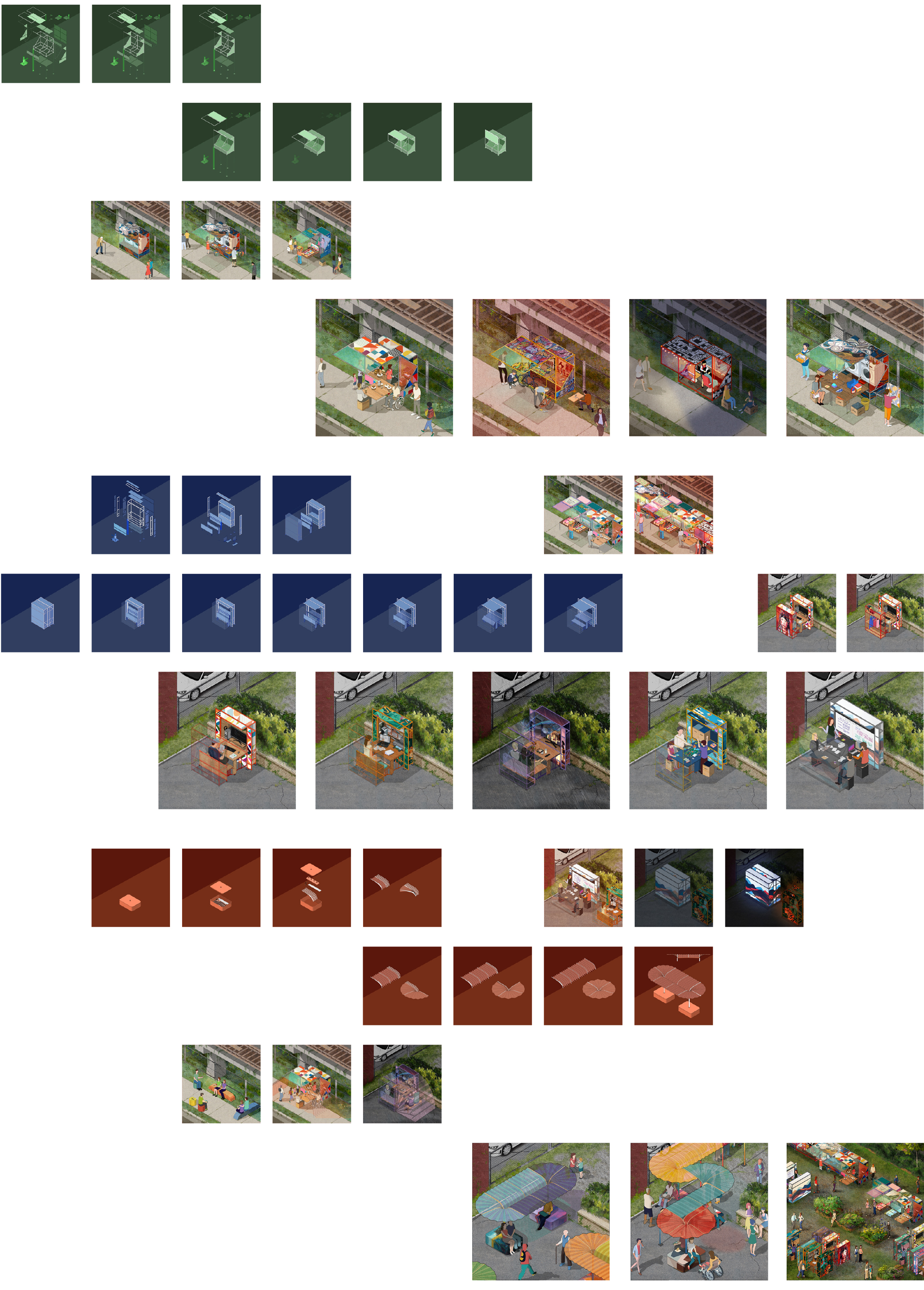 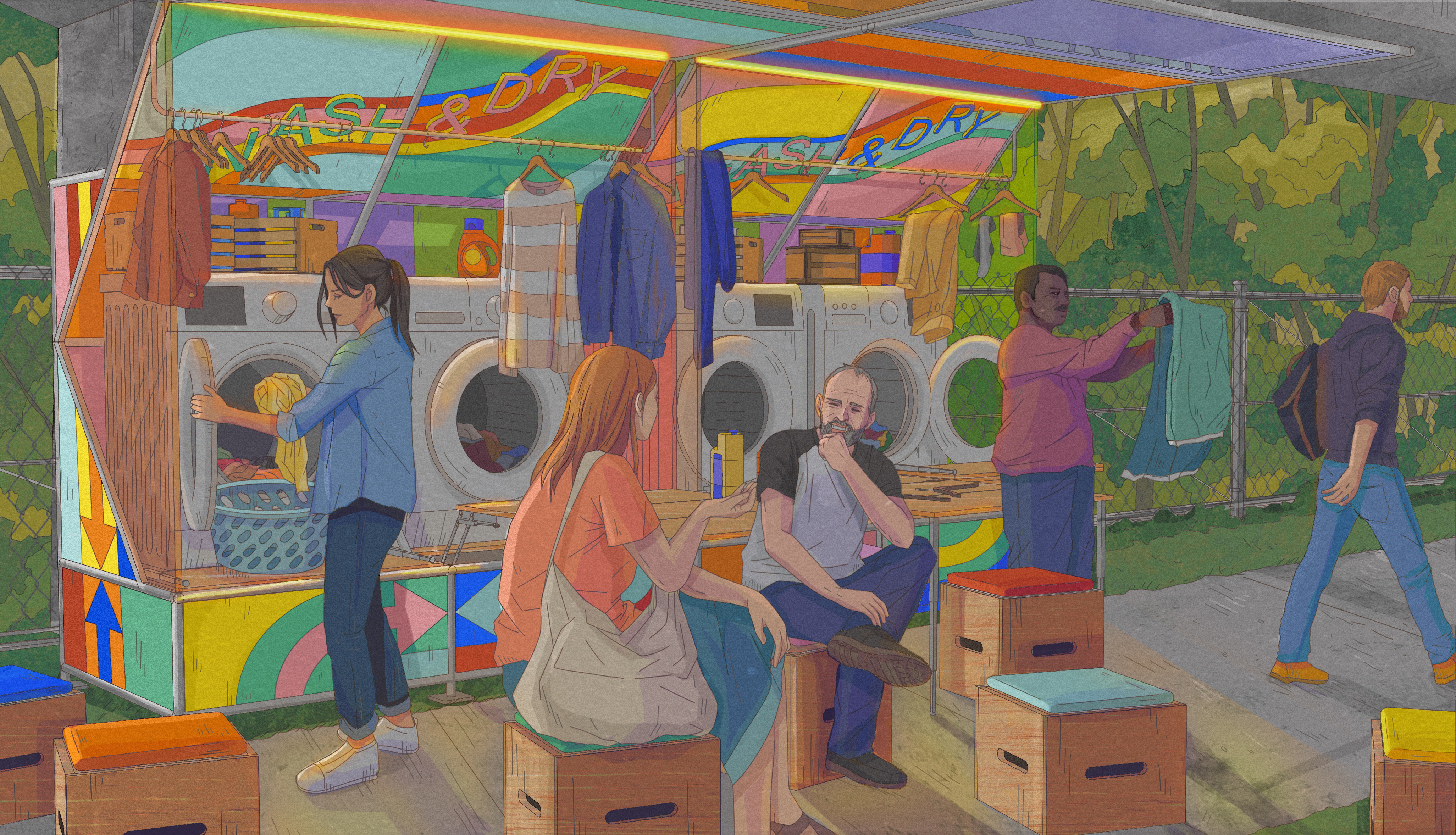 usage of microstation as laundromat 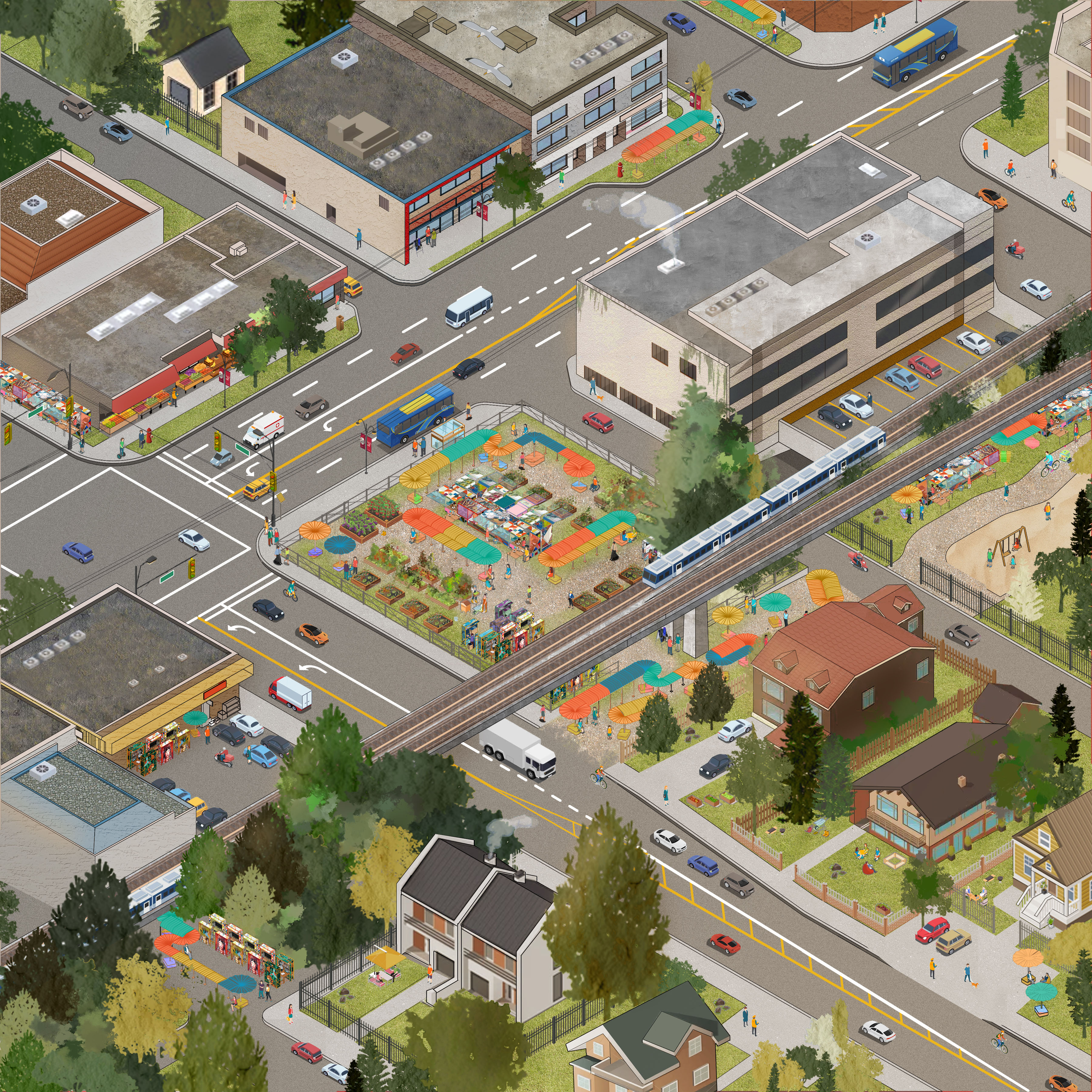